Don’t Give Others What They Deserve 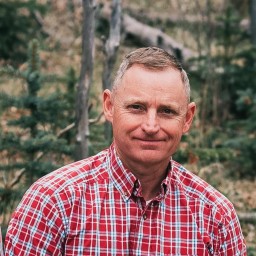 You get what you deserve!

You get what you deserve.

Have you ever heard that before?

Yeah. Me too. I have heard that more times than I can count.

There is one problem though. It is not true. At least, not for me anyway.

I have never got what I deserved. Not really.

Sure, I have suffered some consequences of my actions from time to time. But I have not really received what I deserved.

You see, God has been extremely merciful to me. There are things that I have done that if I were God I would have punished me severely.

God didn’t do that to me though. Instead, God extended mercy whose depth is more than I can imagine.

I don’t get it. I look back over my life and shake my head in disbelief.

Why? Why has God been so merciful to me?

My parents. Yes. I have done my time being grounded. I lost the use of the car and some other privileges. But more times than I can count, my parents chose mercy over what I really deserved.

My wife included. Been more than one occasion that I have been a jerk.  She did throw a plate at me early in our marriage (no kidding). I deserved it. But I have often wondered why she stuck around all these years. Certainly, more love than I deserve.

I have had bosses who excused my actions. I have had friends who stuck around. Even had a local police offer that gave me passes more than tickets. A few people I didn't even know made decisions that were to my benefit also. My life may have turned out a lot differently otherwise.

Again, I don’t get it. Or maybe I do get it but it always baffles me. I guess that is what love is really all about. The Bible calls such love, mercy.

Blessed are the merciful for they shall receive mercy.

Jesus once said, Blessed are the merciful for they shall receive mercy.

The next time someone does something to you that they might should get what they deserve, give them something else. Give them mercy.

If you are a disciple of Jesus, remember, someone once gave you mercy. Give the same to others.

Don’t give others what they deserve. Give them God’s love instead.